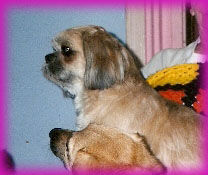 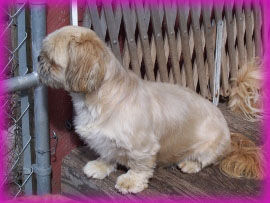 This letter to you is from my shattered heart. This morning you went to my Vet for a fairly simple surgery. I was to pick you up tonight after you were no longer under the effects of the Anesthetic used during surgery. Then I was going to spoil you and feed you far to many of your favourite treats until you were back on your feet and smiling your doggie smile at me. And you and I both know how much you loved to lord it over the other dogs when you got extra special attention and treats while they had to watch. You always pranced around them when you got spoiled a bit extra. Your tail plumed over your back. Your furry feet dancing in delight.

But my Vet instead found the dreaded big C word. He found rampaging, out of control Cancer in your wee body. I had to make an awful decision and I had to make it quickly.

Dearest Nellie, I chose to let you go "Quietly Into Heaven". I chose to not let you come home and suffer for a few weeks or months longer. Because you maybe were already suffering and simply were to kind to let me know? You never complained, you coat still glowed, your eyes still sparkled? I swear your eyes were still sparkling? "Weren't they still sparkling, Nellie"???

I will not forget you Nellie. I promise you. Here me now Nellie, be good now up there in Heaven because when we meet again, I don't want to here you tore up another dogs blanket or stole another dogs chew toy or nipped them just because you felt like it.

"Good Dog Nellie, Good Dog". "Good Girl Nellie, Good Girl". I never had to say anything to you but those words over all the years. Thanks Nellie for being such a Good Girl. Gayle

<< Back To Pet Loss
Login | Powered By: Techweavers Inc.